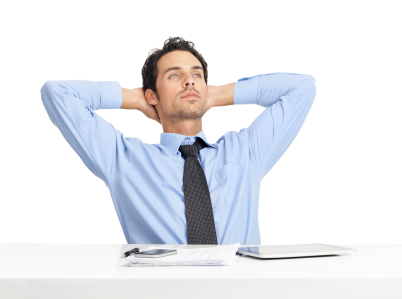 As a leader, you may pride yourself in heading an organization that offers a competitive salary, a great benefits package, and may even be touted by everyone from Forbes to Fast Company as holding the future in its hands. But again, what is it really like for the people who sit within your walls, day in and day out? Don’t just assume that they agree with your press…or even your numbers. You have to actually ask them.

In a case study shortly after the personal computer market took it’s first nose-dive, Dell computers—a company who had seen huge successes—issued an informal survey of its employees. To the surprise of the top brass, it showed that a majority of employees would leave the company if they could. The diagnostic could have stopped there; the company brass could have assumed the uneasiness of the market played a big part in people’s desire to leave and then offered a slew of perks that they believed would solve the problem. Instead, they went a level deeper, and issued another survey about what was making employees feel that way.

The second level survey revealed that no one felt he or she had a connection to company founder Michael Dell—everyone found him distant and aloof—and their perception of the managing COO was that he didn’t listen to their concerns, and simply bulldozed people for the sake of driving numbers.

Again, it could have stopped there, with the founder and COO being tasked to change their behavior to something more relatable. Again, Dell went one level deeper, with some DISC personality assessments on their leaders. It revealed that Michael Dell was a classic introvert, who had turned over operations to the COO who, as a proven driver, was bound to get results or die trying. That system had worked while the demand for Dell computers was high, but when the market took a dive everyone felt detached from the founder and over-driven by the COO, and suddenly they didn’t have a strong enough reason to stay, beyond keeping a paycheck until they could find something better.

The illustration reveals the difference between perception and reality, when diagnosing your organization’s culture. Your diagnosis cannot be based on your perception. It must be based on reality. The workers at Dell perceived the higher-ups as being aloof and uncaring, when in fact they were trying to help the company in the only way they knew how. Similarly, the leadership team perceived, “We’re doing well; we weathered the storm,” while the reality was that the storm had shaken the loyalty of their workforce. The behavior of the people seemed to say everything was alright but upon a deeper review, an MRI so to speak, the chatter in the halls revealed a different story.

Below are three applications for you to actively engage and know your employees’ opinions. I hope you will take the time to uncover the truth in your organization!

Bottom-line, what would your employees say if you asked them if they were happy with their job?

What does a “Day in the Life” of your team look like? August 6th, 2015Chris Fuller